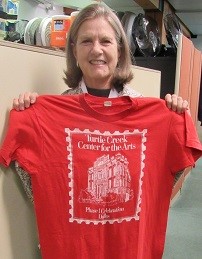 Rogene and Charles Price co-founded FACP in 1981 to provide free chamber music concerts in Dallas. The organization has thrived under her leadership, which covered both creative and administrative duties such as fundraising and education. Her impact on the music scene extended beyond Dallas. She was a member of the Fort Worth Symphony Orchestra for 39 seasons and The Dallas Opera Orchestra as principal oboe for 29 seasons.

FACP’s inaugural program, the Basically Beethoven Festival, is the city’s only free chamber music series offered in the summer. Held each Sunday in July at Moody Performance Hall, it continues to be a popular draw for music lovers of all ages.

The Sammons Center thanks Rogene for her significant contributions to the arts in North Texas and wishes her a wonderful new life chapter.