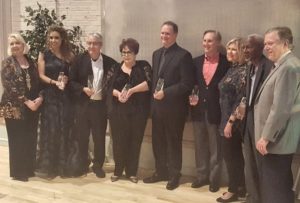 The Sammons Center for the Arts recognized seven local performing artists and supporters at its annual awards reception held Thursday, October 25, 2018. Among the honorees who were acknowledged for their outstanding contributions to the nonprofit Sammons Center and its mission to “Grow the Arts” were: